Difference between revisions of "Work in progress on slider redesign"

The current implementation of sliders was designed to solve a problem of single-rate linear sliders when making small adjustments down low, like changing from a 5-pixel brush to a 7-pixel brush.

The solution was to separate the slider area vertically into two parts:

Numeric input was merged into the slider area, at the right side.

Increment buttons, operating with default increment rate, were preserved and put to the right of the slider area.

This section allows to discover what kind of interaction might be typically expected by users with prior experience of using 'artistic' applications that rely on sliders for controlling values. 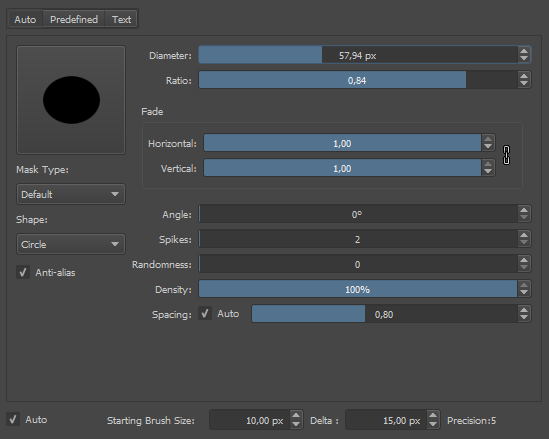 Increment buttons = yes, to the right of the slider 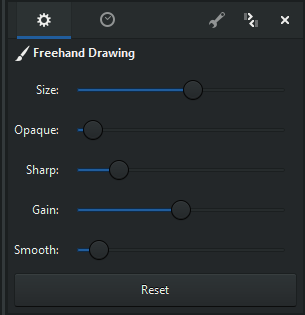 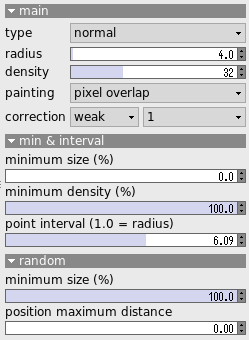 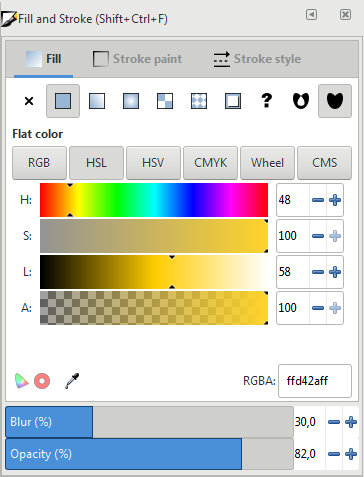 Numeric input = yes, by editing an entry field next to the slider 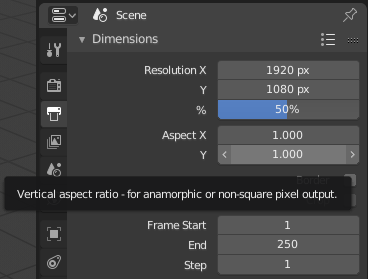 Numeric input = yes, by single/double-clicking inside the slider, autoselects all digits

Increment buttons = yes, to the left (decrease) and to the right (increase), visible only on hover (not always available though) 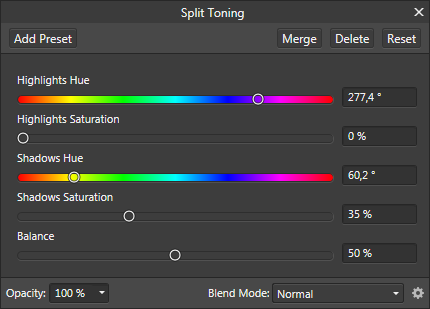 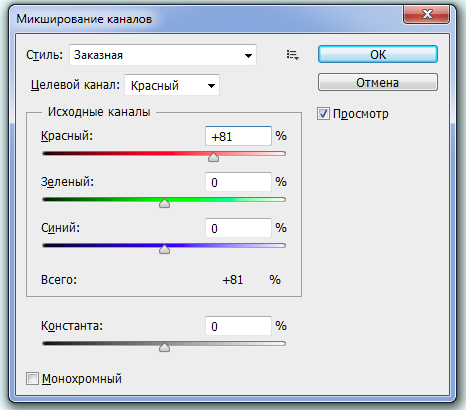 Shift + Mouse wheel = constraint to 10 (at least, in some use cases)

For some use cases (e.g. Gaussian blur), Photoshop seems to divide the slider into two parts where increment gets increased towards the end.